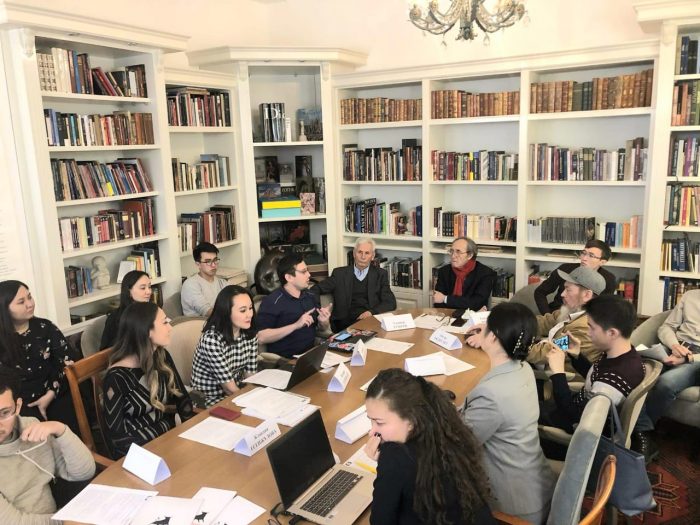 A round table was held on December 9 at the Art Lane gallery in Almaty organized by KazNU and LLP “Translators Group.” The discussion was moderated by Ospan Berdaly (into Kazakh and Russian languages). The purpose of the round table was to discuss current issues related to computer linguistics in Kazakhstan, taking into account the transition to Kazakh and Latin alphabets, NLP and linguistic technologies. The audience consisted of researchers, linguists, translators, students, business and government agencies, media.

The discussion revolved around the following issues:

– Creation of glossaries with terminological dictionaries for the Kazakh language

– Training of personnel for work in the field of computer linguistics.

Here is the analytical agenda:

14.00-14.30 – Registration and collection of the participants of the round table.